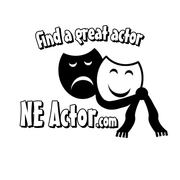 You need to be a member of SAG-AFTRA Members to add comments!

Thank you for adding me to the group.Looking forward to hearing and reading about everyones successes and shares.

My name is Lilo (LeeLow) and I live in Long Beach,Long Island. My brother is a HS music teacher in Boston, so I am able to be a local hire there.

I am a member of SAG/AFTRA and AEA and have been in the biz since I'm a kid. My focus is commercials,TV and Film but never opposed to the stage-my first love. I recently signed with NY agent and Manager but looking to expand my rep team to Boston and Florida (where my parents live).

Pleased to share my newest commercial for "Regeneron's Monoclonal Antibodies"

Thanks for having me! Hope you’re having a fabulous Friday! I look forward to hearing about all your successes and working with you in the future!

A corporate live gig. Only know what I read here: https://www.twine.fm/projects/b6uyo0

Hi Everyone,
I hope you can check out our upcoming SAG-AFTRA Conservatory on the differences in auditioning for film roles and stage roles. The presenters all have vast experiences of work in both arenas. Conservatory: Screen and Stage, June 6
Screen and Stage will review the similarities and differences between working on the stage and before a camera with particular emphasis on audition techniques. A panel of veteran New England actors will share their personal experiences and offer advice to finding success in both mediums.
When: 7 p.m., Monday, June 6
(Doors open at 6:30 p.m.)

RSVP by Friday, June 5 to newengland@sagaftra.org with your first and last name [LEGAL NAME] and SAG-AFTRA I.D. Please make sure to include “June Conservatory” in the subject line.
Your legal name is needed for pre-registration with 20 Park Plaza building security.
Advance registration is required. Walk-ins cannot be accommodated.
Building security at 20 Park Plaza requires all visitors to show [LEGAL] ID for entry.
About the Speakers
Georgia Lyman won the Elliot Norton Award in 2013 for Outstanding Solo Performance as Kerr in the New Repertory Theatre’s Chesapeake. Other recent theater credits include Liz in The Whale at the Speakeasy Stage, Clea (The Scene) and Maggie (Cat on a Hot Tin Roof) at the Lyric Stage. Recent film and TV credits include The Forger, The Makeover, and R.I.P.D. as well as three seasons as Cassie Giggs in Brotherhood and a recurring role as Officer Whitney Bowman in Law and Order: Special Victims Unit. Lyman is also the Artistic Director of the Outside the Box Festival.
Tom Kemp has appeared in countless principal roles for TV and film as well as over 200 commercials. Soon he will appear in Woody Allen’s film, Café Society. Recent TV and film credits include Black Mass, Irrational Man, Blue Jasmine, The Blacklist, Boardwalk Empire, Demolition, Blue Bloods and two seasons as Marty Trio in Brotherhood. Kemp’s theater work includes productions at the Berkshire Theater Festival, the Cape Ann Playhouse, and the Little Flags Theatre.
Lewis D. Wheeler’s theater credits include Saving Kitty at the Central Square Theater; No Man’s Land (IRNE Nomination for Best Supporting Actor) at the American Repertory Theatre; A Number, The Glass Menagerie, and The Underpants at Lyric Stage; Muckrakers, Cyrano and Silence at New Repertory Theatre; and Macbeth and Taming of the Shrew at Commonwealth Shakespeare Company. He has appeared at many other theater productions across New England and the country. Recent film and TV credits include Black Mass, The Company Men, Hatfields & McCoys, Gone Baby Gone, and a recurring role on Brotherhood. Soon he will appear in both Manchester by the Sea and Live By Night.
This workshop is only open to paid-up SAG-AFTRA members in good standing — no guests are allowed. Parents/guardians of performers under 18 years old are welcome. SAG-AFTRA members, please bring your membership card (paid through October 31, 2016) for admittance. This workshop is not intended to imply an endorsement of any individual or company by SAG-AFTRA. The information provided through the workshop is given for informational purposes and may not be a suitable substitute for the advice of other industry professionals. You should always use good judgment in these matters and should not act or refrain from acting based solely on information provided through the workshop.

Posted by Edward Stanley on August 15, 2015 at 11:50am
The nationwide audition notices on Playbill.com are fantastic and free. Booked two great jobs that way. http://playbill.com/jobs/find